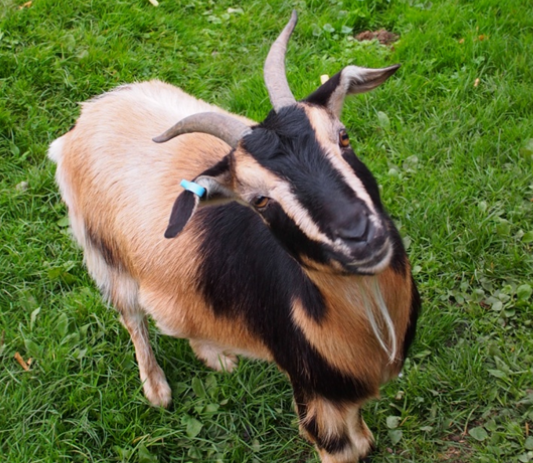 The Arapawa Goat (Capra aegragus hircus) is one of the rarest breed of goats in the world.  They are descendants from the Old English Goats which are now extinct.  It is believed that Captain Cook left a pair of Old English Goats on Arapawa Island and returned several years later to an island full of goats.

Population:   The breed is nearly extinct with only 300 believed to be domesticated around the world.

Diet:  In captivity, Arapawa Goats are feed hay, fruit, vegetables.  They will also graze on grass and are also given willow.

Behaviour: Arapawa Goats are very friendly animals. They are easily handled, and it’s very easy to raise or take care of them.