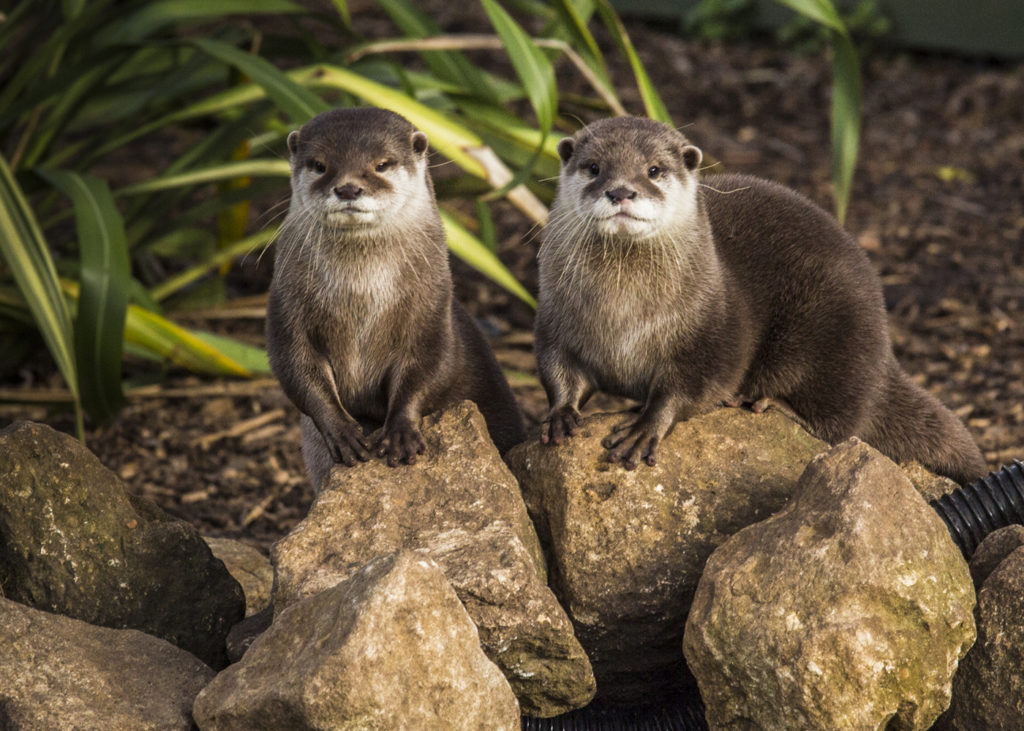 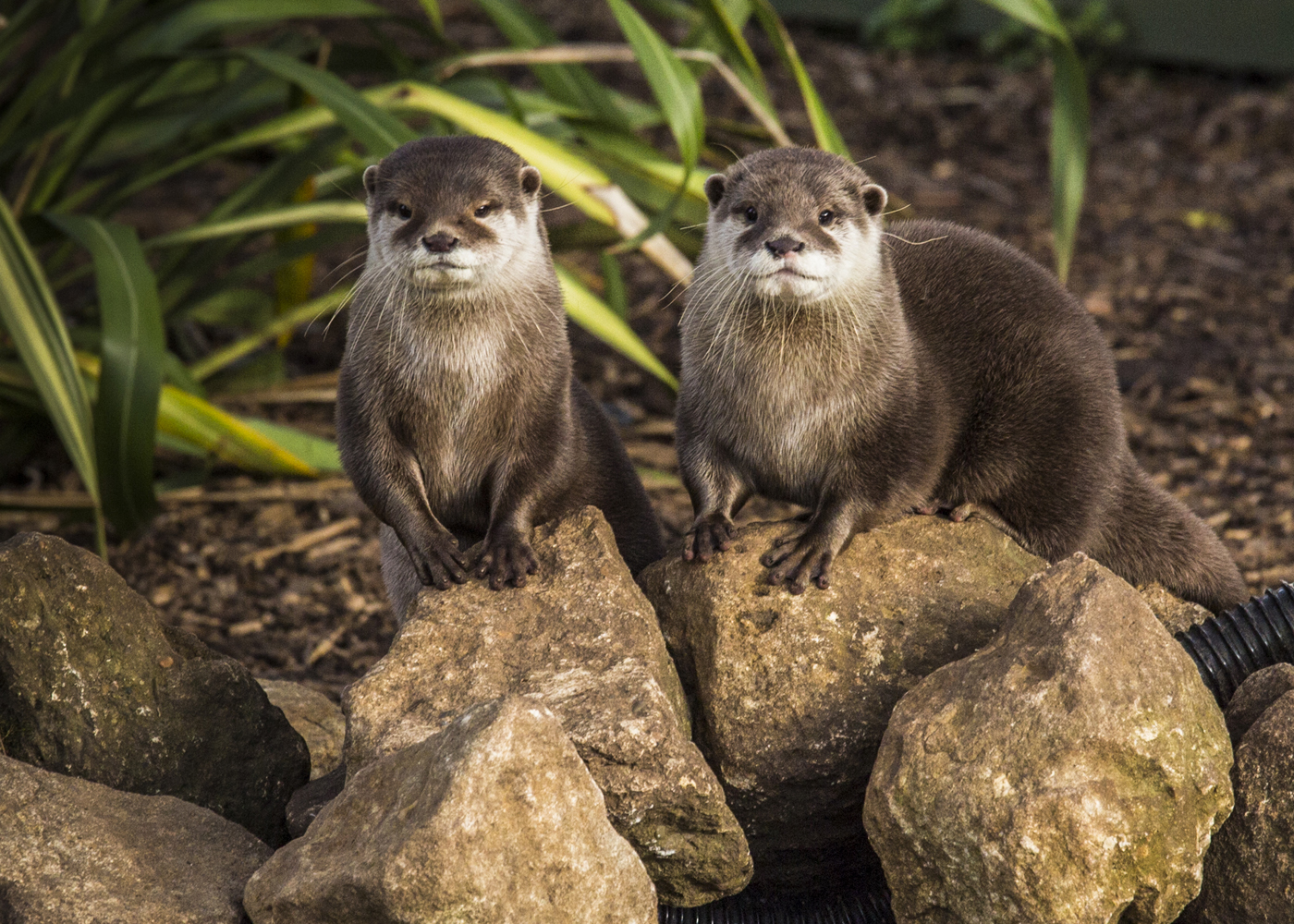 The Asian Short-clawed Otter (Aonyx cinerea) has shorter claws which differentiates it from other otters. It also has a small head, short legs and a flattened tail, which makes it more streamlined when swimming.

Diet: Asian Short-clawed Otters are omnivorous and will feed on crabs, molluscs, fish, snakes, small birds and mammals in the wild. In captivity, they get a varied diet of meat, fruit and vegetables.

Behaviour: The Asian Short-clawed Otter is a sociable animal and can live in groups of up to 12 individuals. Within each group there is a monogamous pair, with both parents contributing to the raising of the offspring. A female otter is pregnant for around 62 days and can have up to 7 young at one time. The otters communicate with each other using a vocabulary of at least 12 calls, which include greeting, mating and alarm calls.

The Asian Short-clawed Otter is the world's smallest otter!