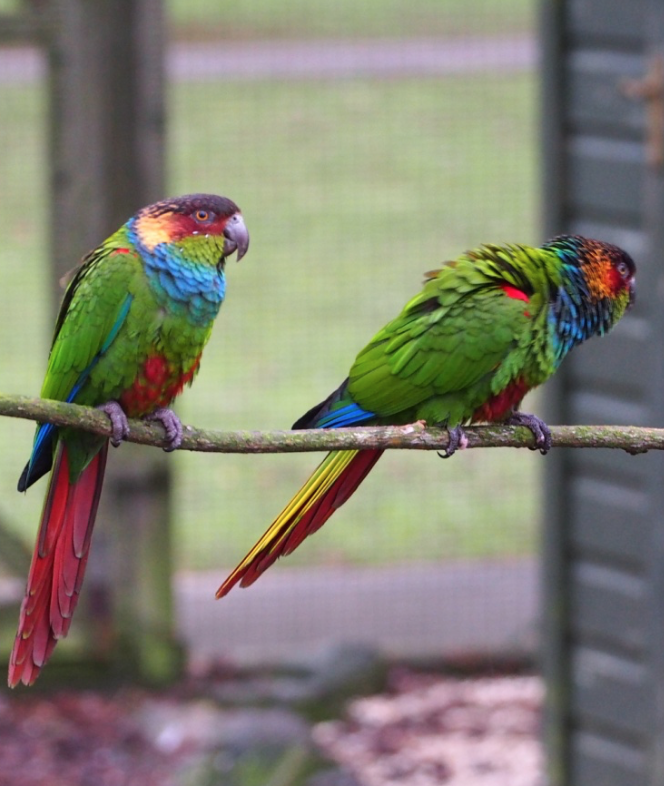 Habitat: Blue-throated Conures (Pyrrhura cruentata) can be found in eastern Brazil, from southern Bahia to Rio de Janeiro, where they inhabit rainforests or forest edges. They are generally seen in flocks of 6 – 20 individuals. Males and females look alike, but females tend to be a bit heavier than the males.

Lifespan: Blue-throated Conures have been known to live 20 years in captivity, but 6 years is the average in the wild.

Diet: In the wild they eat a range of fruit and seeds. In captivity they get a mixed diet of fruit, seeds and insects.

Behaviour: The breeding season is June – October. The females make a nest in a tree cavity and can lay up to 12 eggs, but 5 – 6 is the average. Both parents take it in turns to incubate the eggs for 23 days. The young are ready to leave the nest 45 days after hatching.