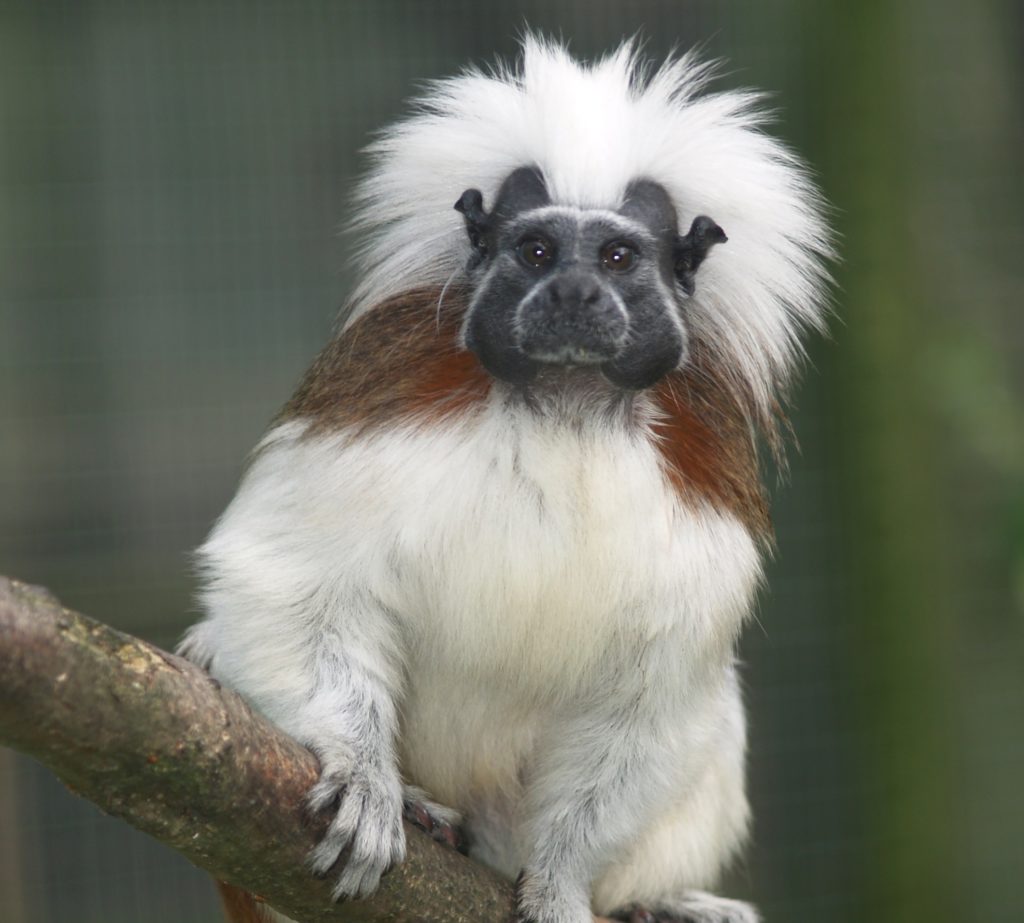 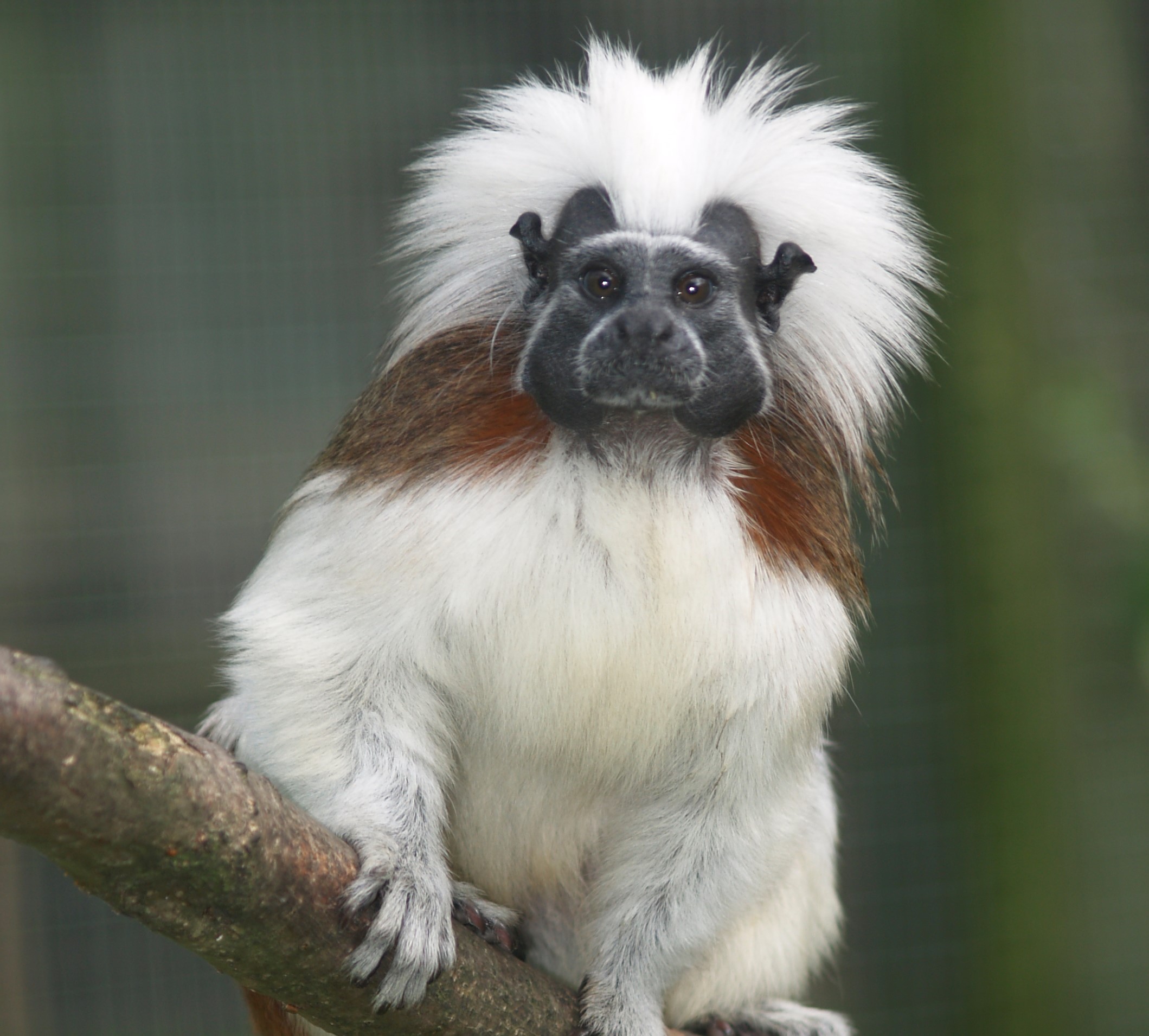 It receives its name due to the elegant white fur that flows over its head and shoulders.

Habitat:  Their natural habitat is mainly in the tropical rainforests in Columbia. They used to be much more widely spread but unfortunately are now critically endangered due to loss of habitat.

Population: It is believed that there is currently 6,000 Cotton Top Tamarins in the world (2,000 of which are mature).

Diet:  They are omnivores. They eat a variety of fruit, vegetation, insects and birds’ eggs.

Behaviour: The Cotton Top Tamarin is a diurnal species which means they are most active during the day. They are very social animals and live in groups of 3 – 13. Only one female in the group will breed.