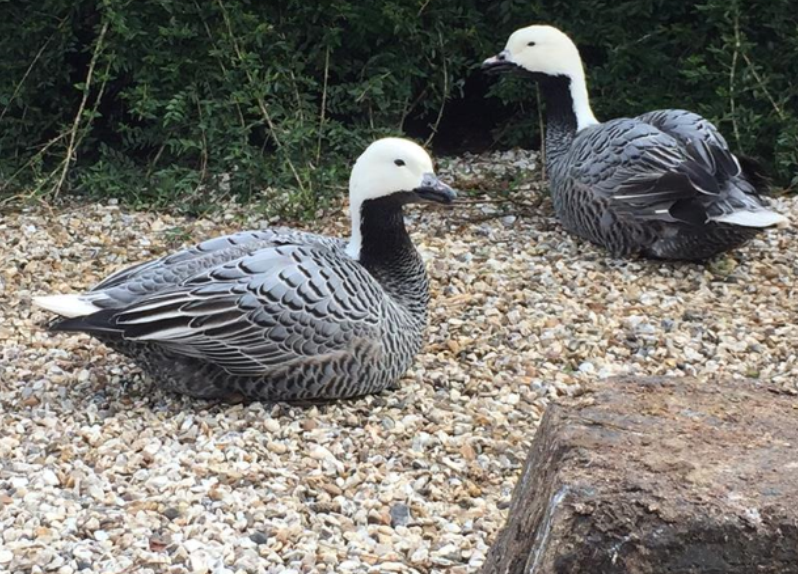 The Emperor Goose (Chen canagica) are one of the rarest in North America.

Habitat:  They breed in Alaska and along the north-eastern coast of Russia.

Population:  According to the International Union for the Conservation of Nature (IUCN) Red List, the total population size of Emperor Geese is estimated to number 85,000 individuals, while the population in Russia has been estimated at 100-10,000 breeding pairs. This species’ numbers are decreasing today and it is classified as near threatened (NT) on the IUCN Red List.

Lifespan:  The Emperor Goose can live up to 12 years in the wild and 25 years in captivity.

Diet:  Emperor Geese feed on grasses, sedge leaves and berries whilst they are inland during the breeding season.  During winter, they feed on algae, seaweeds, clams and mussels from the coast.

Behaviour:   Emperor Geese appear to be monogamous in their mating system and will mate for life.