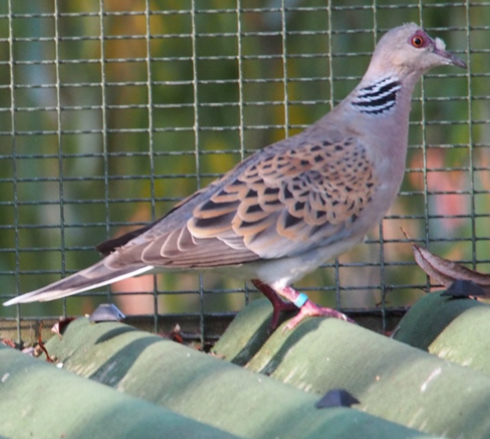 The European Turtle Dove (Streptopelia turtur) range includes most of the continental Europe except from Ireland, Scotland and Denmark.

Population: Population numbers of the Turtle Dove are in rapid decline across Europe and this species has Red List conservation status globally. In the United Kingdom its numbers have declined by 93% since 1994 and across Europe numbers fell by 78% 1980–2013.

Behaviour: They pair for life and both males and females share the incubation and feeding.