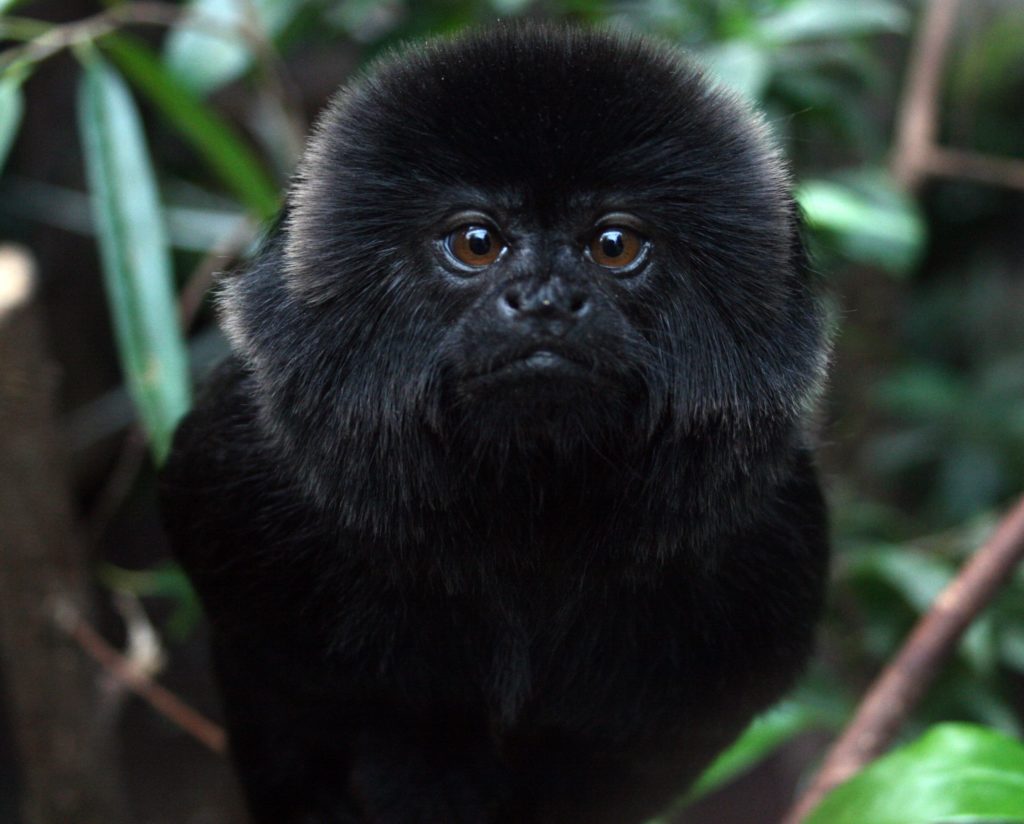 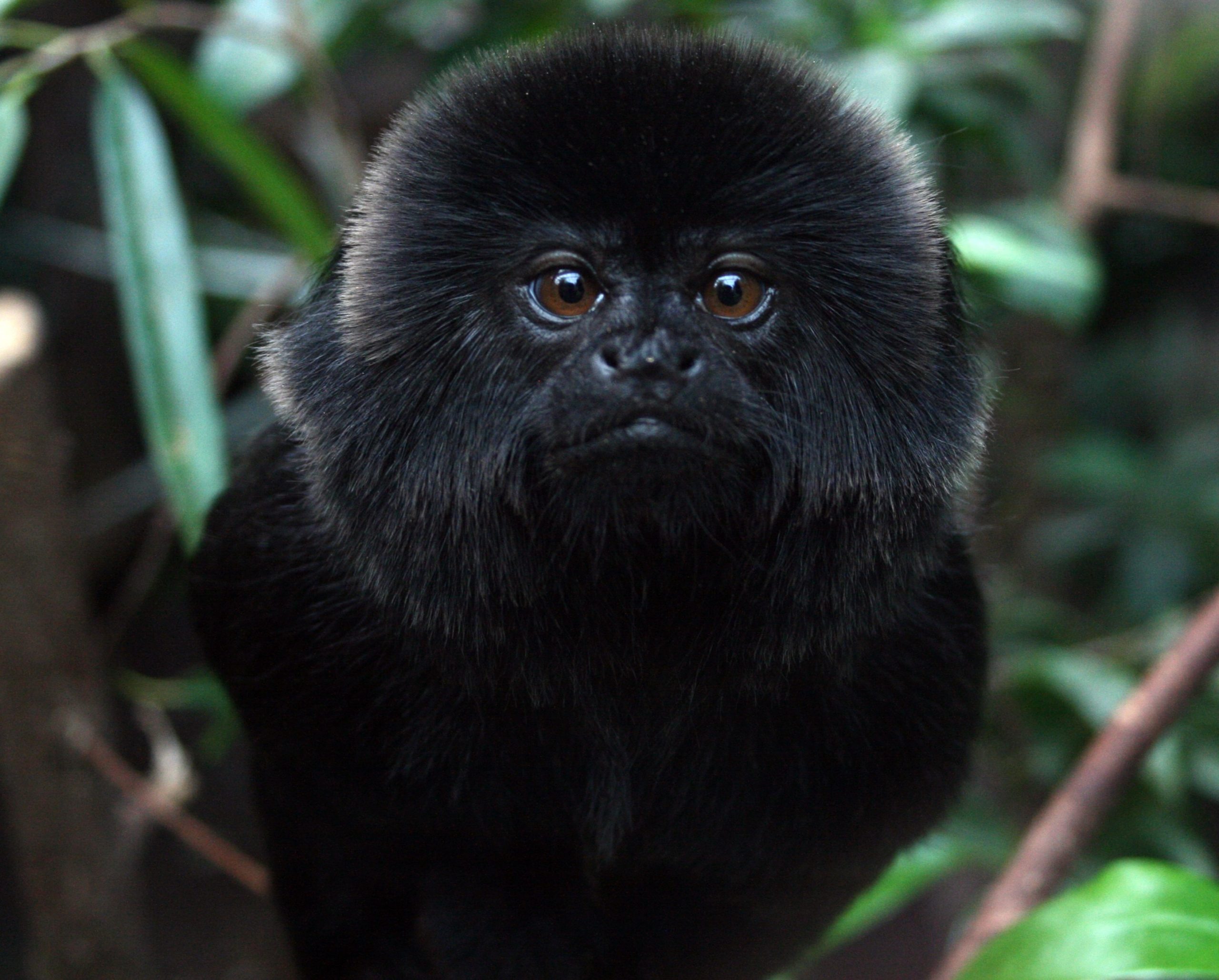 The Goeldi’s marmoset or Goeldi’s monkey (Callimico goeldii) is a small, South American monkey that lives in the upper Amazon basin region of Bolivia, Brazil, Colombia, Ecuador, and Peru. It is the only species classified in the genus Callimico, and the monkeys are sometimes referred to as “callimicos”.

These monkeys were named after the Swiss naturalist Emil August Goeldi who discovered them in the early 1900’s.

Habitat:  They are found in the Amazon region living in dense, scrubby undergrowth.

Population:  This species is classed as vulnerable due to loss of habitat from logging and agriculture.

Lifespan:  Goeldi’s Monkeys tend to live about 10 years but some have lived into their early twenties.

Diet:  They are omnivorous. In captivity they are given a varied diet of fruit, vegetables, insects and boiled eggs.

Behaviour:  They live in either a monogamous pair or multi same-sex groups. The females give birth to a single young and solely cares for it for 10-20 days; after that, the male takes over parenting duties with the exception of feeding.

These little monkeys can leap up to four metres from one branch to another.