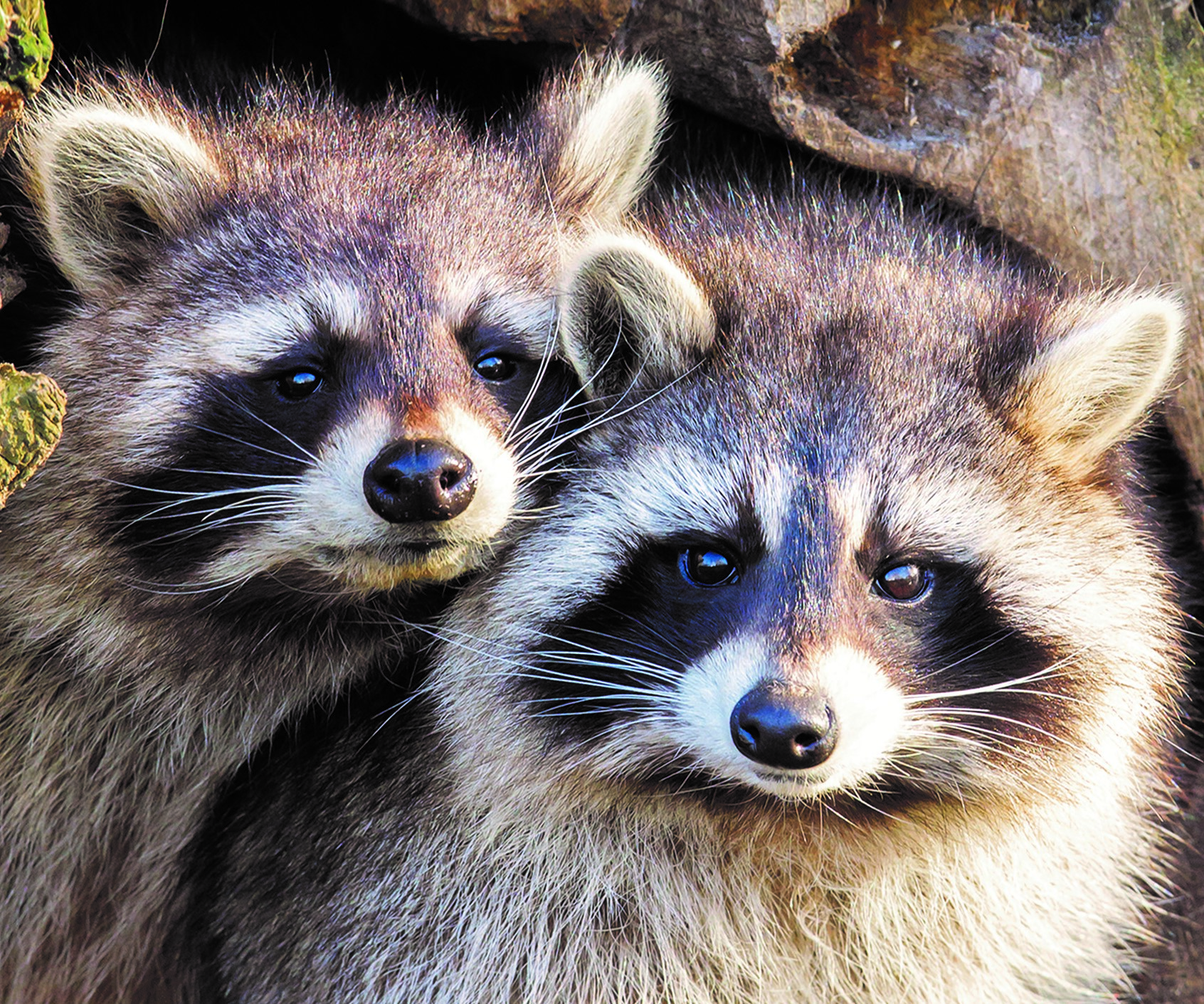 The Northern Raccoon (Procyon lotor) is from North America.

Habitat: They inhabit forests, marshes, prairies and even cities.

Population: Their population is monitored and classified as ‘least concern’.

Lifespan:  The average life expectancy is five years in the wild but in captivity can live to 16 to 20 years old.

Diet:  They are omnivores and will eat a range of different things including mice, crayfish, frogs, fruits and plants.

Behaviour:  Raccoons have a very sensitive sense of touch. You will often see them rolling items between both their front paws to figure out what it is. They are nocturnal, which means they are asleep during the day and spend a lot of the night foraging for food. They are opportunistic when it comes to building a den and will often use tree holes or fallen logs.