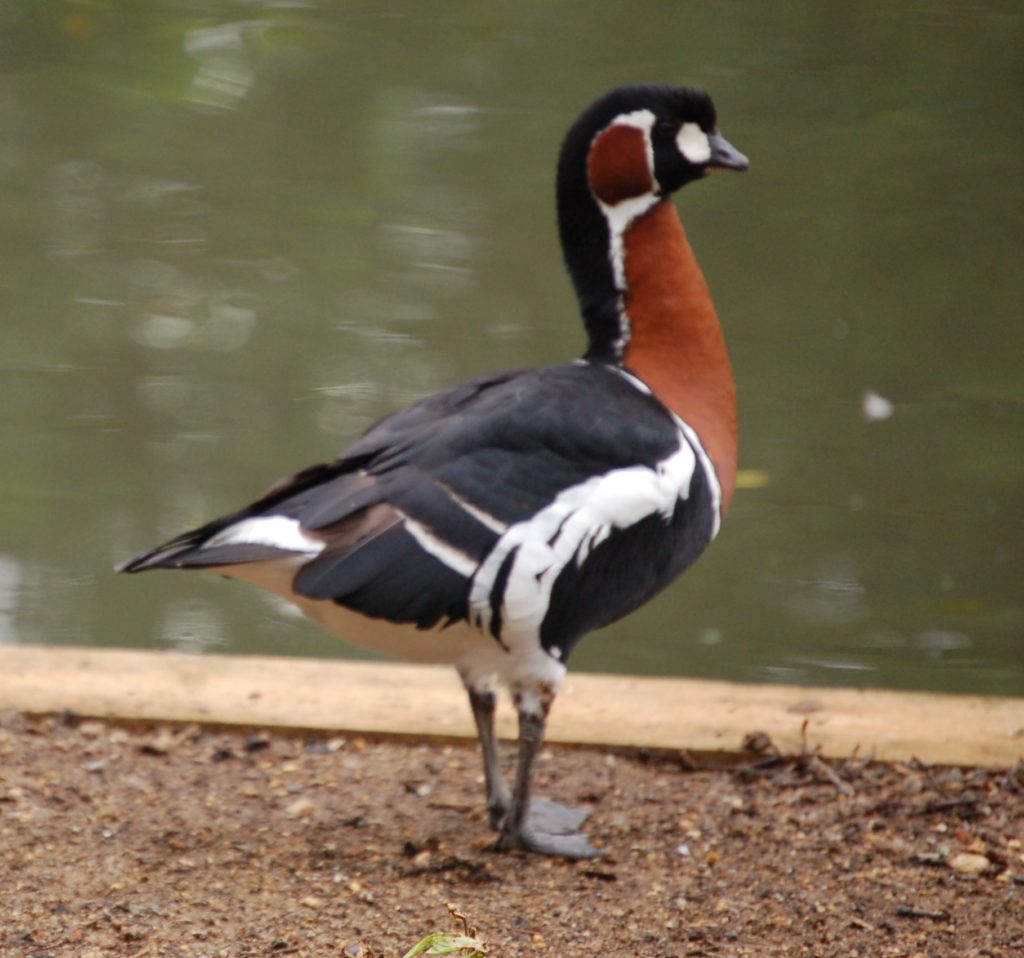 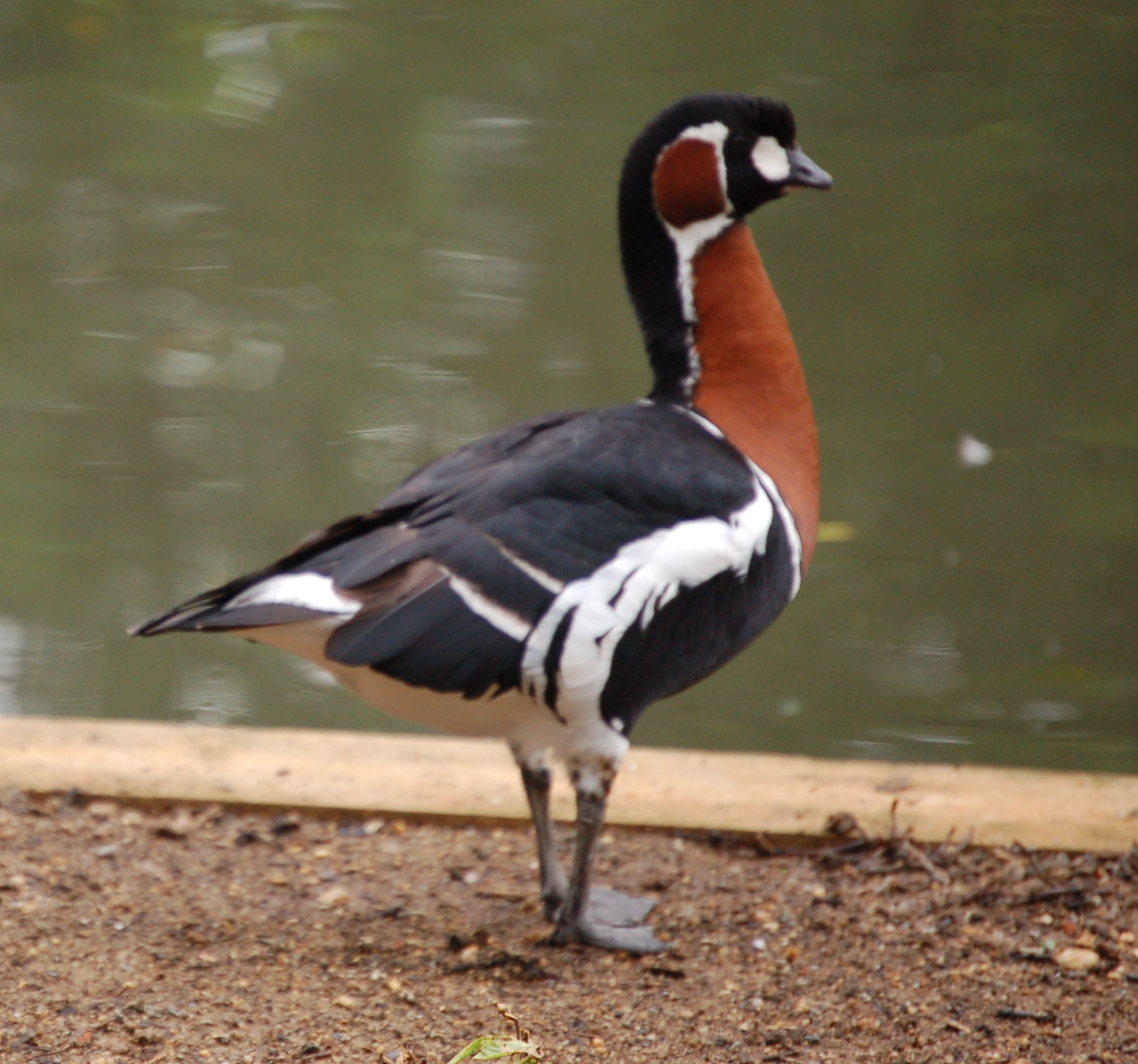 The Red-breasted Goose (Branta ruficollis) is a brightly marked species of goose.

Habitat: The Red-breasted Goose breed on the Siberian Tundra and spend winter along the Black See, Caspian Sea and Persian Gulf.

Population:  The International Union for the Conservation of Nature (IUCN) has classified the Red-breasted Goose as ‘vulnernable’.  It is believed there is only 88,000 left.

Lifespan:   The average lifespan is 15 years.

Diet:  The Red-breasted Goose feeds on winter wheat, maize, barley, pasture grasses and natural grassland.  In the summer, when they have moved to the breeding grounds, they feed primarily on grass leaves and shoots.

Behaviour:  They lay their eggs near the nests of other Red-breasted Geese, Peregine Falcons and Snowy Owls as these birds provide protection from mammalian predators such as the Artic Fox.