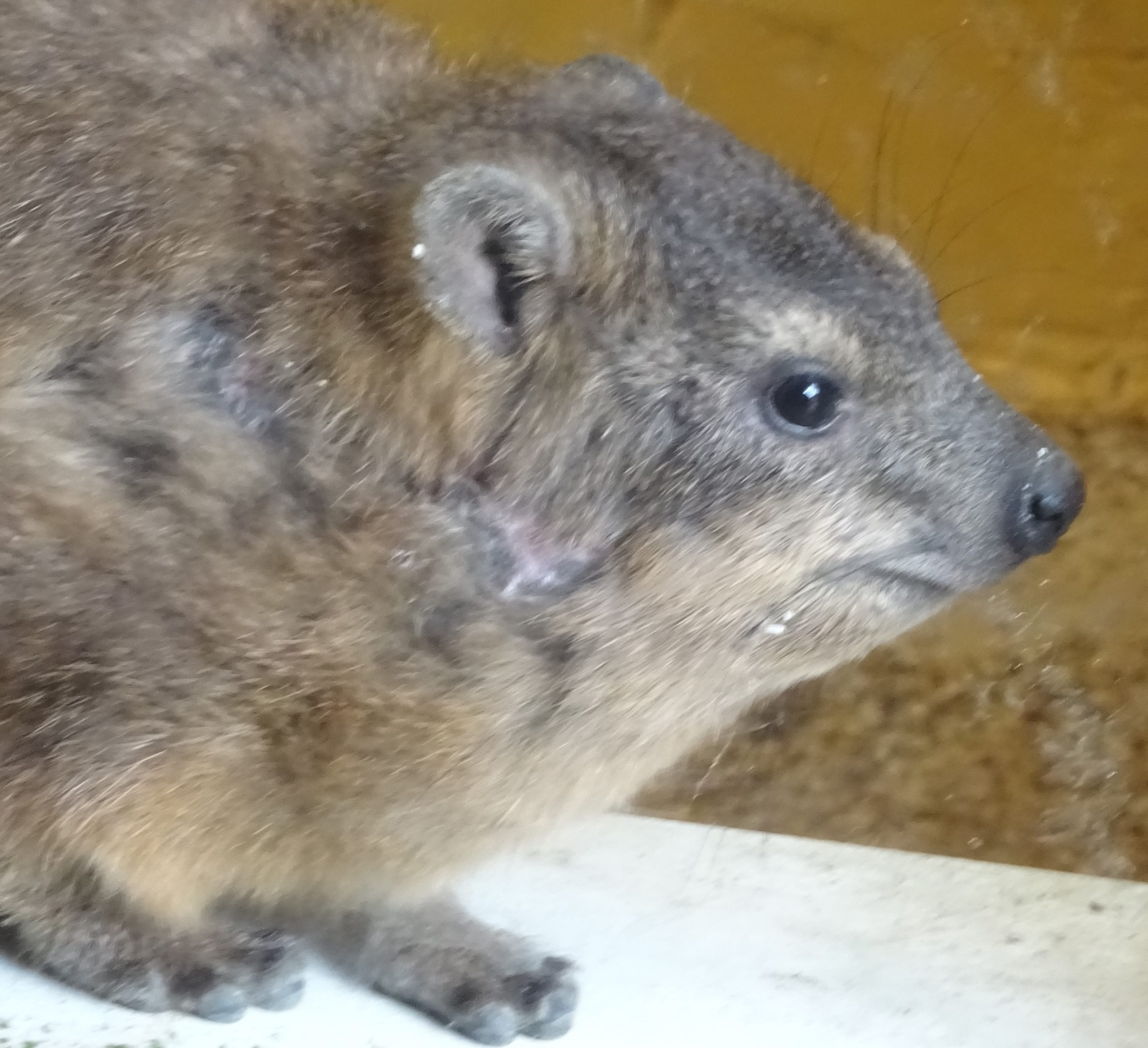 The Rock Hyrax (Procavia capensis) can live in a lot of habitats.  Their feet have a rubbery texture on the bottom which assists in climbing steep rock surfaces and trees.

Habitat: They live in a lot of habitats ranging from dry savannah to dense rainforests and in altitudes up to 14,000 feet (4,267 metres).

Population: According to the International Union for the Conservation of Nature (IUCN), the Rock hyrax is abundant in some areas and widely but no overall population estimate is available. However, this species is currently classified as Least Concern (LC) and its numbers remain stable.

Lifespan: They have been known to live up to 11 years in captivity.

Diet: They are omnivorous and will eat a variety of grasses, fruit, insects, lizards and birds eggs.  They can go for a long time without water as they obtain the majority of it from their food.

Behaviour: Rock Hyraxes spend a lot of their time sunbathing and resting.