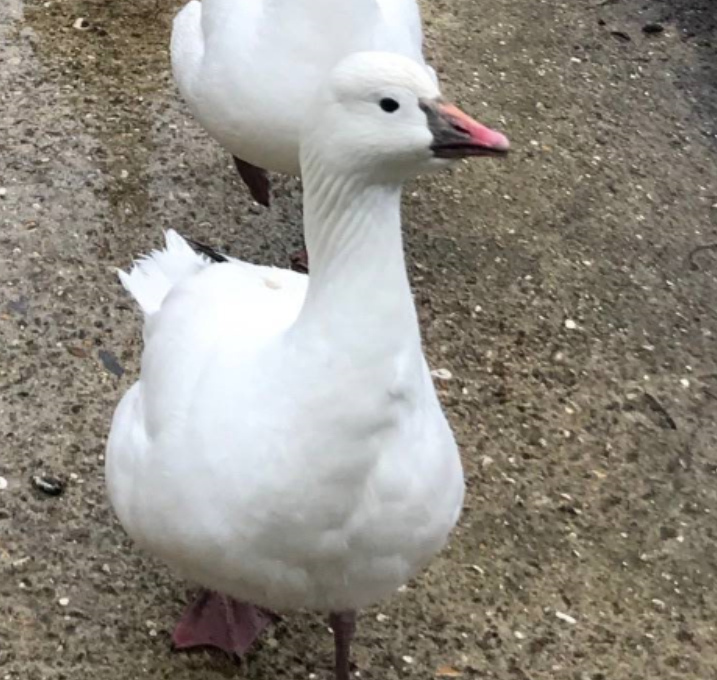 Ross’ Snow Goose (Anser Rossii) is a North American species of goose that breeds mainly in Canada. It is a white goose with black wingtips and a relatively short neck, and is the smallest of the three light geese that breed in North America.

Habitat: During winter they inhabit low agricultural land but during the breeding season they can be found on rocky and scrubby islands in large lakes.

Population: Before the early 1900s, this goose was considered a rare species, possibly as a consequence of open hunting, but numbers have increased dramatically as a result of conservation measures.  It is now listed as a species of ‘Least Concern’ by the International Union for the Conservation of Nature (IUCN).

Lifespan:  The average lifespan is 15 years.