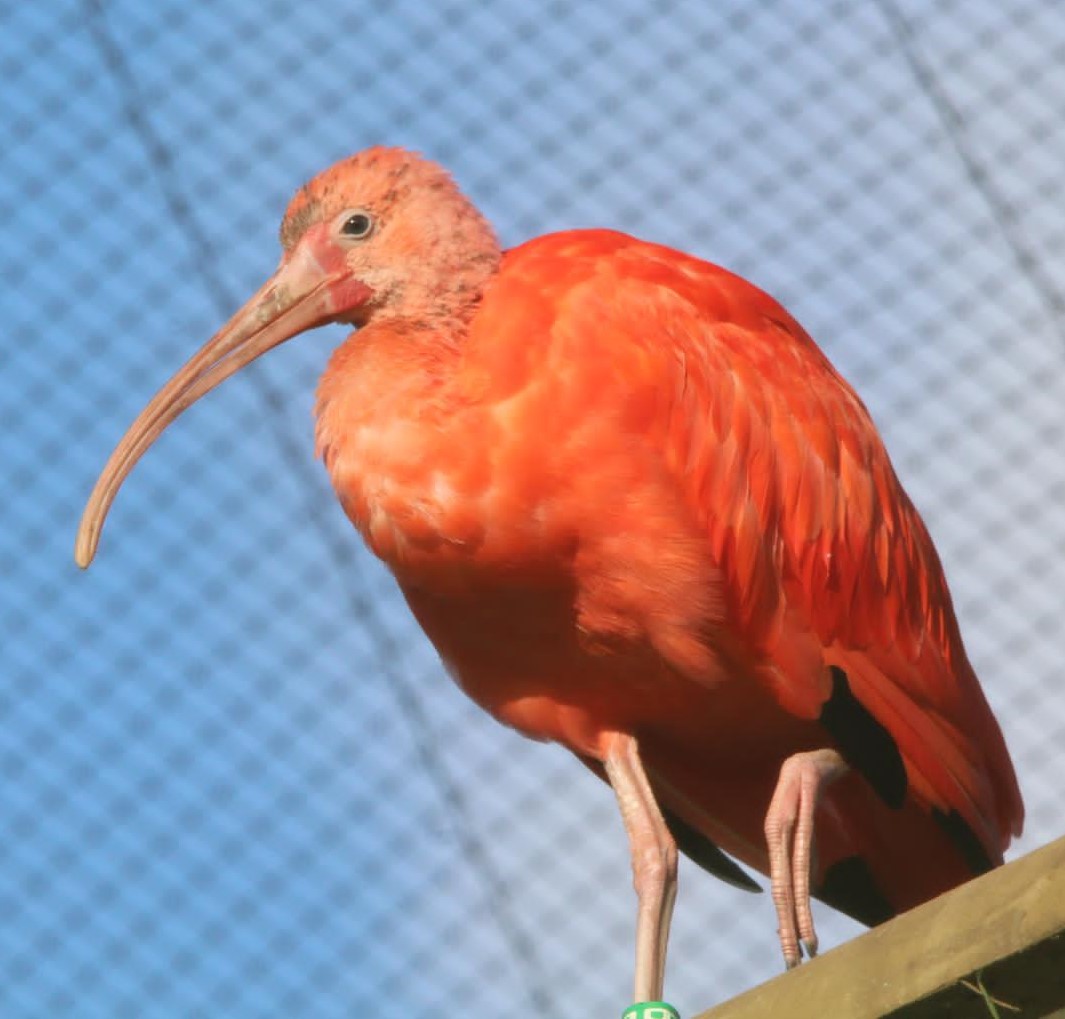 Scarlet Ibis (Eudocimus ruber) is the national bird of Trinidad and Tobago.  Its plumage is a vibrant scarlet colour with black or dark blue tips at the end of the wings.

Habitat: It inhabits tropical South America and islands of the Caribbean.

Population:  The International Union for the Conservation of Nature (IUCN) evaluate them as ‘Least Concern’.

Behaviour:  These Ibises are extremely social birds, and they live in large flocks both while they are nesting and outside of the breeding season. Living in a group has its advantages. While large groups of birds are easier to spot, they also contain more eyes to spot potential predators and sound the alarm.  This species of Ibis will honk in order to let the other member of the flock know that there’s danger.  They also use this honking noise in other social interactions as males honk at females while trying to impress them as a mate.  They will also use honking to greet one another periodically.