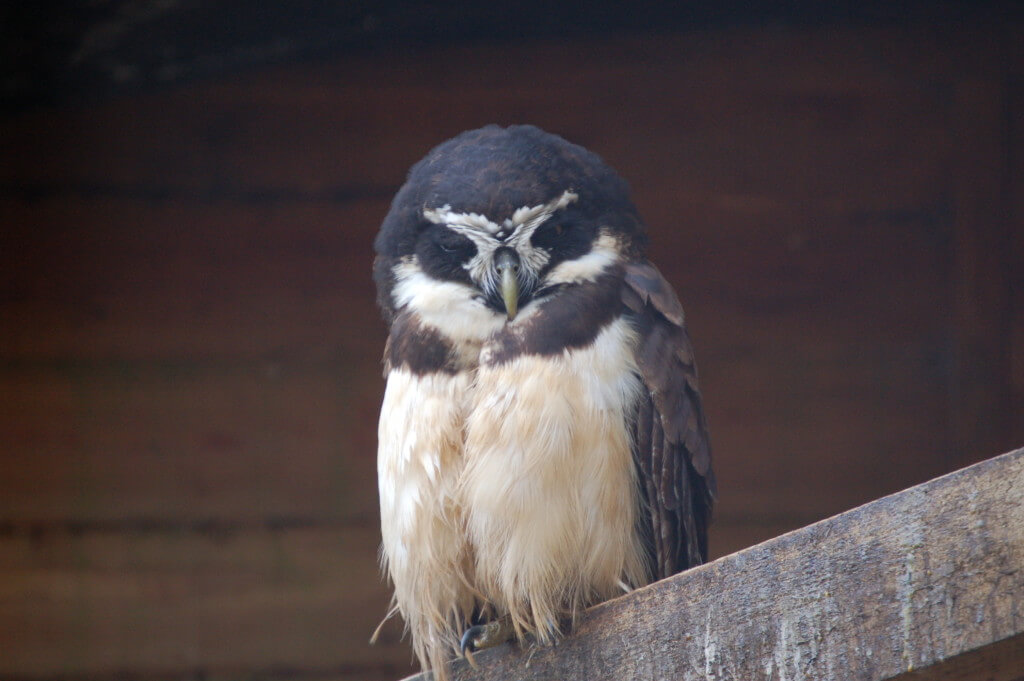 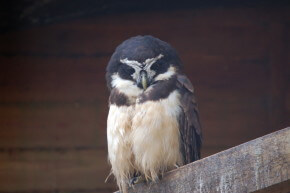 Population: Spectacled Owls could become severely threatened if rainforests and other forested areas in South America continue to be cut down for agriculture and lumber industries.

Lifespan: With very few predators, this species can live up to 35 years in the wild.

Diet: Spectacled Owls are very fast, and once they spot their prey they will swoop down, snatch up the prey, and return to their perch. They will also glean insects from vegetation. They are carnivorous and mostly eat mice and insects. They are also known to eat crabs, bats, possums, skunks, frogs and smaller birds no larger than a blue jay.

Behaviour: Spectacled Owls are generally nocturnal, with activity normally beginning after dusk and continuing to dawn but have been known to hunt during the day on some occasions. They are not known to be migratory. Being an unsociable bird they will roost singly by day in trees with dense foliage. Spectacled Owls are most vocal on calm, moonlit nights.